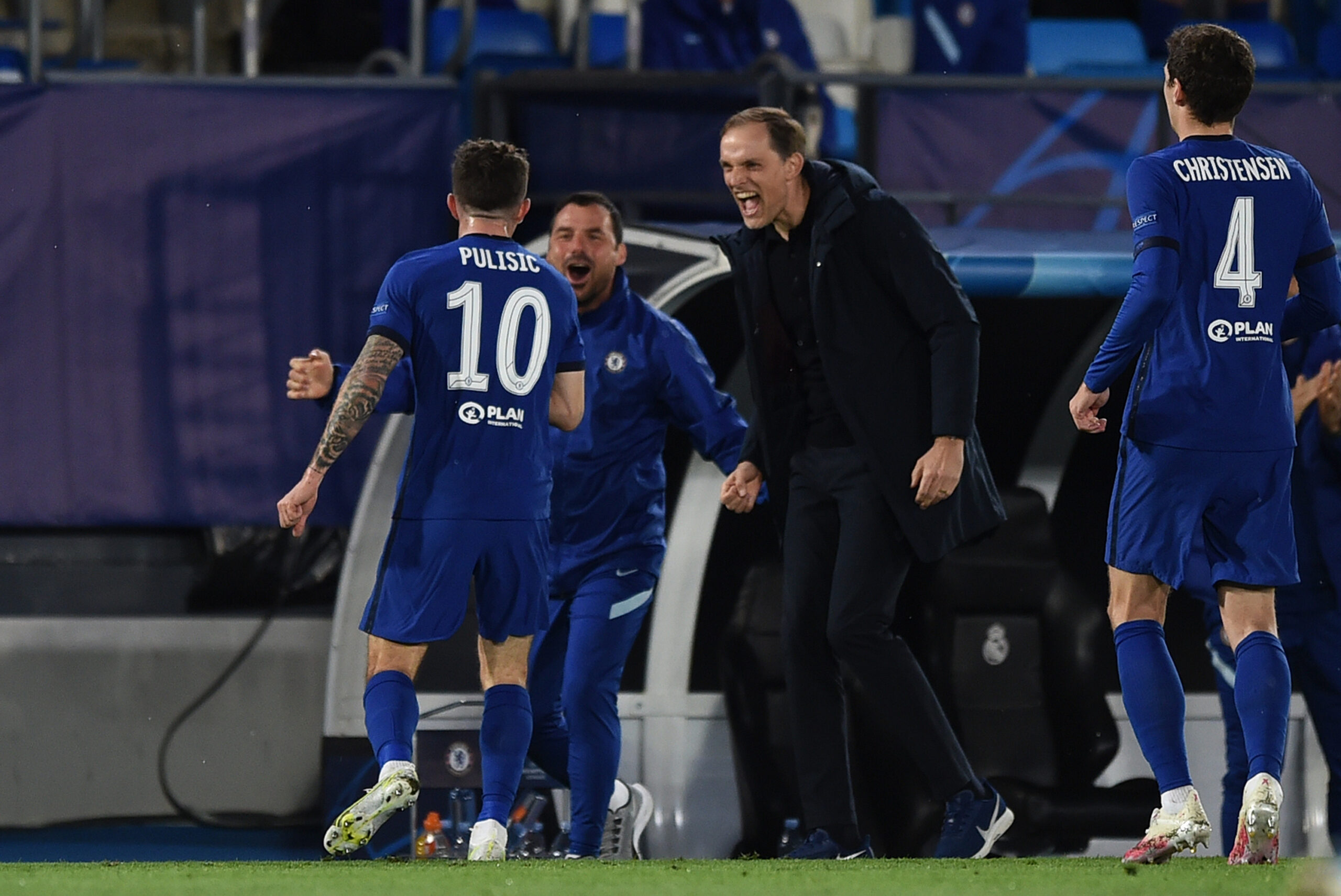 Chelsea boss Thomas Tuchel has delivered his verdict on Christian Pulisic’s performance in an action-packed 2-2 draw with Liverpool on Sunday afternoon.

The reigning Champions League holders came from a 2-0 deficit to hold the Reds to draw at Stamford Bridge, with all four goals coming before half-time.

Superstar duo Sadio Mane and Mohamed Salah fired Jurgen Klopp’s side into an early two-goal advantage, but Chelsea’s blitzkrieg down the final stretch of the first half ensured parity.

Mateo Kovacic pulled one back for the Blues with a stunning half-volley from just outside the box in the 42nd minute before Pulisic levelled the score with a sublime finish.

It was, in fact, the 23-year-old’s fifth Premier League start in a row, as he looks to be battling his way to the top of the pecking order following a stuttering start to the season.

But despite rescuing a point for his side, Pulisic failed to live up to Tuchel’s expectations, who expects more from his former Borussia Dortmund pupil.

“Still room for improvement,” the German manager told Chelsea TV in the post-match interview while commenting on the USMNT star’s display.

“I know him even better [he can be] more clinical, more precise. How to find a way out of this little hole [is] with games like this, with goals like this. This is it.

“He was strong, he helped in the end as a defender, and was a huge step up front for him today.”

Pulisic failed to find the net in seven consecutive Premier League appearances before scoring on Sunday.

But a goal against direct title rivals could lay the foundations for his future growth, particularly in light of Lukaku’s quarrel with Tuchel.

Keen to click his career under the German into gear, Pulisic could receive more game time than he could have expected, especially if the Belgian fails to reconcile with the gaffer.

With Timo Werner yet to return to the fold after suffering an injury and testing positive for COVID-19, Tuchel could turn to Pulisic to shoulder the scoring burden in January.

Unfortunately for Chelsea, a point against Liverpool might have ended any real chances of hunting down pacesetters Manchester City in the Premier League title race.

The Cityzens are now ten points clear at the summit, and considering the form they are in currently, it is hard to make a case for the Blues to whittle down the gap in the remainder of the season.

Read: Why Romelu Lukaku decided to join Chelsea this summer.