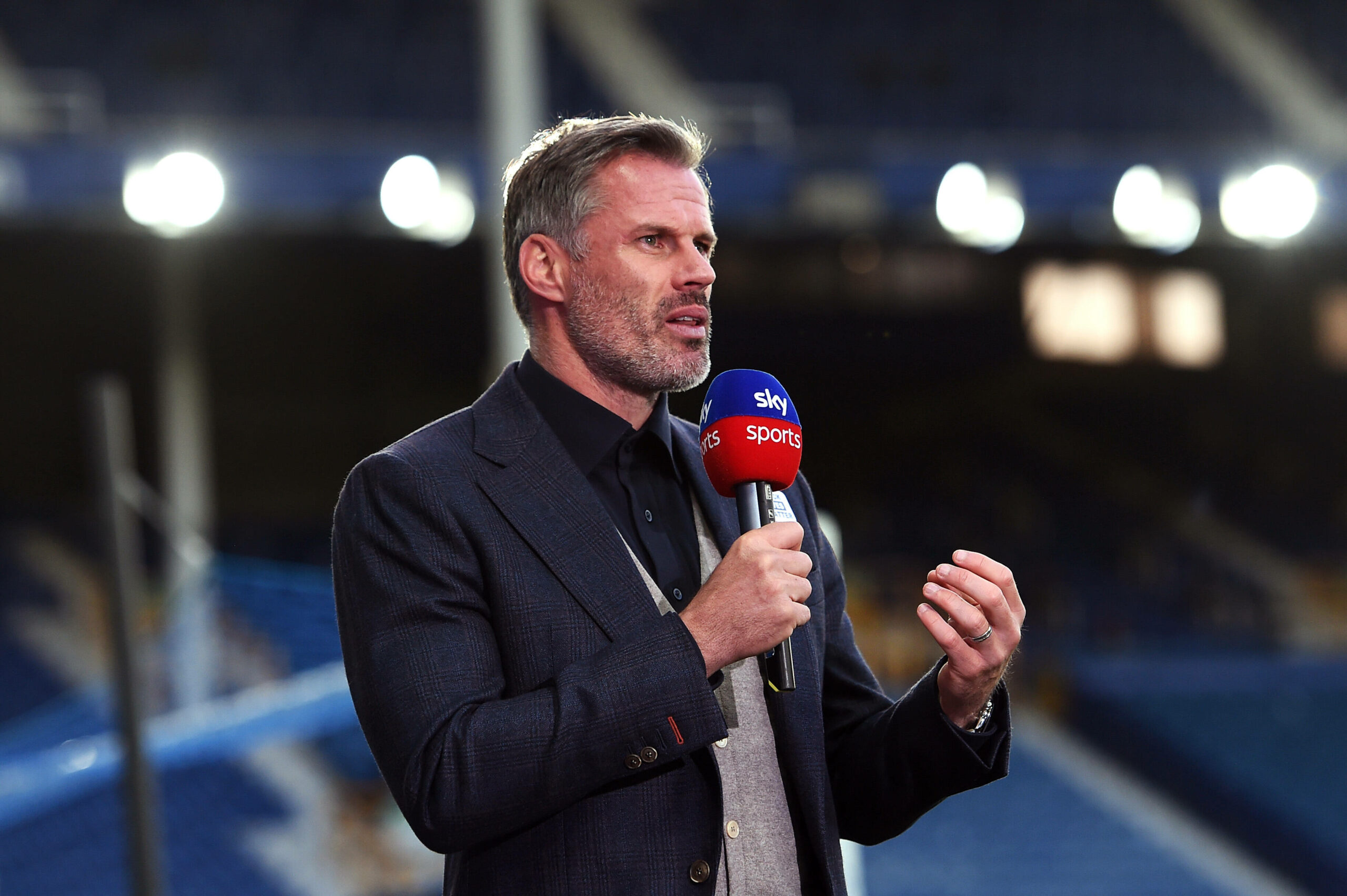 Jamie Carragher slammed Tottenham Hotspur’s midfield after their defeat to Arsenal in the north London derby.

Speaking on Sky Sports’ Monday Night Football, the former Liverpool defender claimed that there is ‘less space on the moon’ than the amount left by Tottenham at the Emirates Stadium on Sunday.

Tottenham started the season well with three successive wins, but they have dropped to 11th in the table after losing their next three matches.

Their performance against Arsenal was particularly flat, with the Gunners running riot in the first half.

Carragher said: “One minute into the game: Dele Alli, Ndombele, and Hojbjerg are the midfield players, and they are not in midfield positions.

“The only reason you’d stand there [so far from the ball and midfield], is if your manager has told you to go there.

“They wanted to go direct, but who to?

“Even if you win the ball, you need someone behind you to pick up second balls, but Dele Alli was on the same line as Harry Kane!

“When you look at the space in midfield – I don’t think I’ve ever seen anything like it in my life.

“Where would you want them? Surely not there.”

“There’s less space on the moon than what you see in that midfield for Tottenham.”

While there was plenty to criticise about Tottenham’s performance on Sunday, Carragher has identified the main issue.

Tottenham lacked intensity all over the pitch, with the lethargy in their midfield particularly noticeable.

While Arsenal’s midfielders bustled around, picked up second balls and played proactive football, their Tottenham counterparts failed to assert their dominance on the game.

What is worrying is that Tottenham have become extremely passive in recent weeks.

Their opening day victory over Manchester City is fast becoming a distant memory, and manager Nuno Espirito Santo has a big job on his hands.

He must find a way to galvanise his squad and tweak his tactics to play more progressive football.

Sunday’s home game against Aston Villa will not be easy, with the Midlands club full of confidence after their victory at Manchester United.

However, these are the games Tottenham must win to mount a serious challenge for a top-four finish.