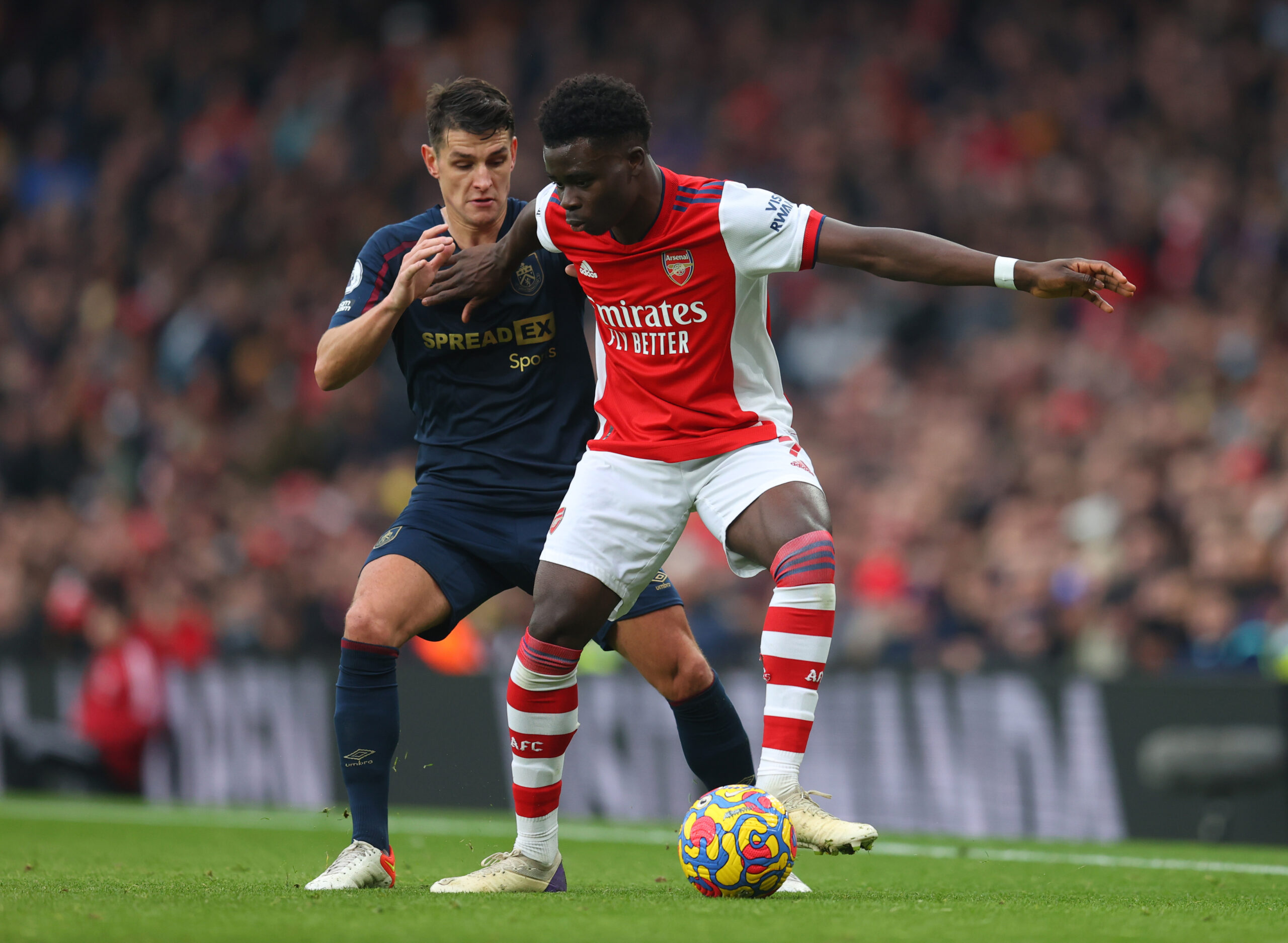 The 20-year-old forward admits he harbours ambitions of featuring in Europe’s premier competition in the foreseeable future, having never felt the excitement of playing in the Champions League.

“I think the Champions League creates so many special nights and it’s a dream for me still to experience one of them and hopefully many more of them,” he told Sky Sports.

Saka has emerged as a transfer target for Man City following his eye-catching performances at the Emirates.

The England international has netted six goals and laid on four assists across 21 Premier League appearances this season, soaking up the limelight as Arsenal’s headline performer.

Manager Mikel Arteta has navigated Saka’s rise to stardom in north London, helping the youngster establish himself as a permanent fixture in the England national team.

Well aware of the confidence he has received from the club hierarchy and the gaffer himself, the versatile forward refused to hide his passion for Arsenal.

“I think Arsenal was always the one I wanted to go to,” he said.

“It seemed like they had a lot of faith in their youth and there was a clear pathway when you could see the players coming up from Hale End to London Colney and my dad also really believed in the project and he loved Arsene Wenger.

“I think Arsenal was the club in the hearts of my family, so we chose them.”

The Gunners are currently embroiled in a keenly-contested top-four battle in the Premier League.

Following a few underwhelming domestic seasons, Arsenal face their best chance to return to the Champions League for the first time since 2016/17.

They could close the gap on the Hammers with a victory away to Wolverhampton Wanderers on Thursday.

Based on Saka’s recent statement, securing Champions League football for next season could be vital to Arsenal’s hopes of retaining their star in the making.

In the meantime, Man City are keeping close tabs on the Englishman’s development in the capital as Pep Guardiola looks to reinforce his squad at the end of the season.

The Cityzens already boast some of England’s finest talent on their ranks, including Raheem Sterling, Phil Foden and Jack Grealish, all of which featured for Gareth Southgate’s team at Euro 2020 last summer.

Sterling, who revealed his frustration with a lack of game time at the Etihad earlier this season, has recovered his place in the starting line-up under Guardiola as the season progressed.

The ex-Liverpool star was one of the protagonists as England reached the Euro 2020 showpiece at Wembley.

Of course, Saka, who missed a crucial penalty in the shoot-out against Italy in the grand final, was also amongst the Three Lions’ most consistent performers at the tournament.