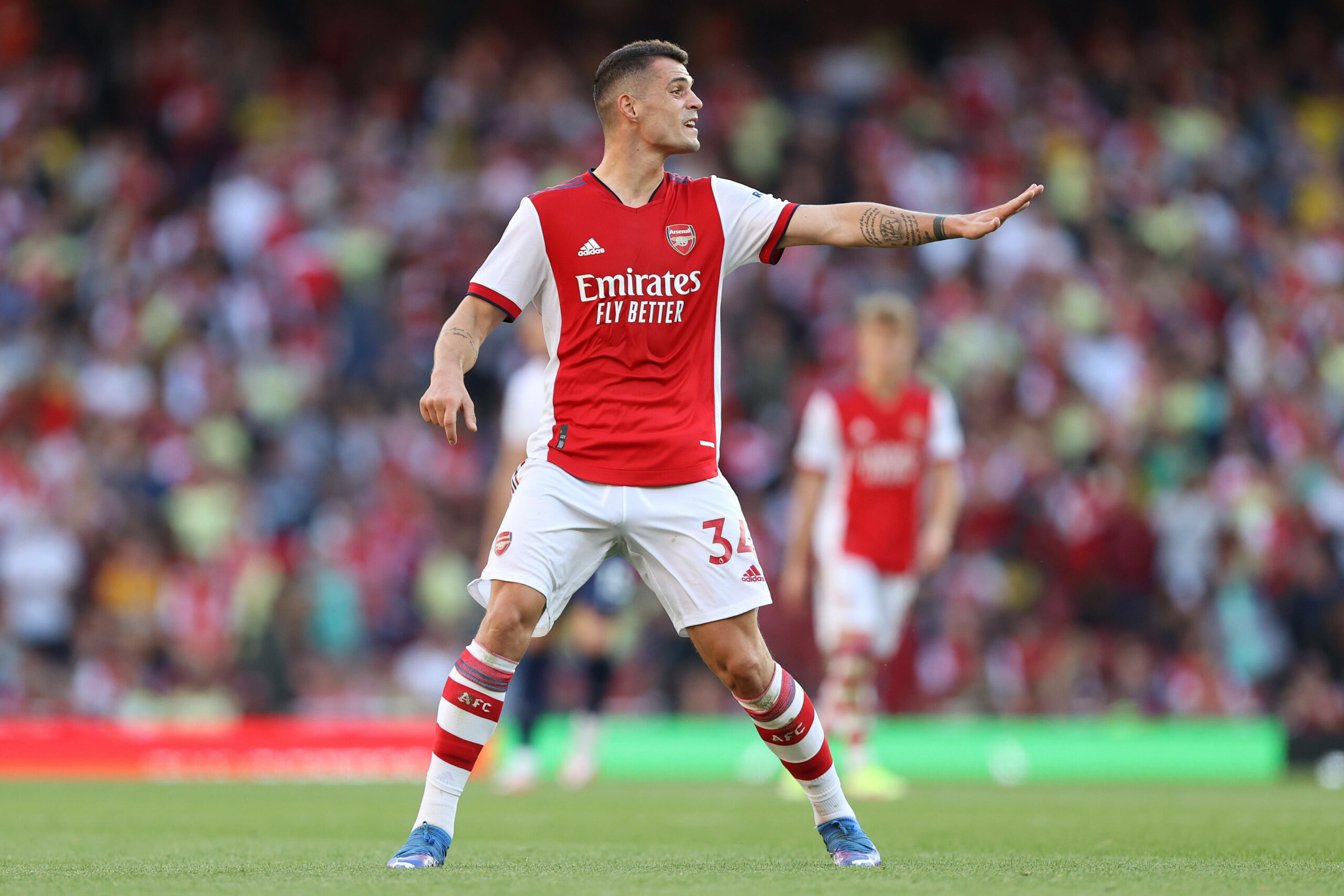 Arsenal could be without the services of midfielder Granit Xhaka for at least six weeks following the knee ligament injury sustained against Tottenham Hotspur on Sunday.

The 29-year-old recently returned to the starting line-up after a three-match domestic ban, but he was forced off the pitch in the 80th minute with an untimely setback.

The midfielder was already struggling with cramp, and he picked up the injury after Lucas Moura accidentally collided with his right leg before Heung-min Son’s goal.

Following the game, Gunners boss Mikel Arteta said that he was worried for Xhaka, and BLICK journalist Andreas Boeni has now confirmed an injury in his inner ligament.

Further examinations are expected to take place, but Boeni has said that the Swiss has avoided cruciate ligament damage that could have sidelined him for months.

Here is how some Gunners fans reacted on Twitter after the update on the €22 million-rated star.

Xhaka has divided opinion among Gunners fans over the years, but he has remained an undisputed starter for Arteta when available for selection.

The Swiss had an impressive derby against Spurs. He made a terrific interception in the box and also played a key part in the second goal in the 3-1 triumph.

His absence is a big blow for the club, but they have quality young reinforcements in the squad in Albert Sambi Lokonga and Ainsley Maitland-Niles.

There is also the experience of Mohamed Elneny to count on. Arteta will be banking on them to step up.

Lokonga and Maitland-Niles had a good game as a midfield pair against Norwich City earlier this month.

Thomas Partey showed glimpses of returning to his best form against Spurs. It will now be crucial for the club to keep him fit with Xhaka’s unavailability.