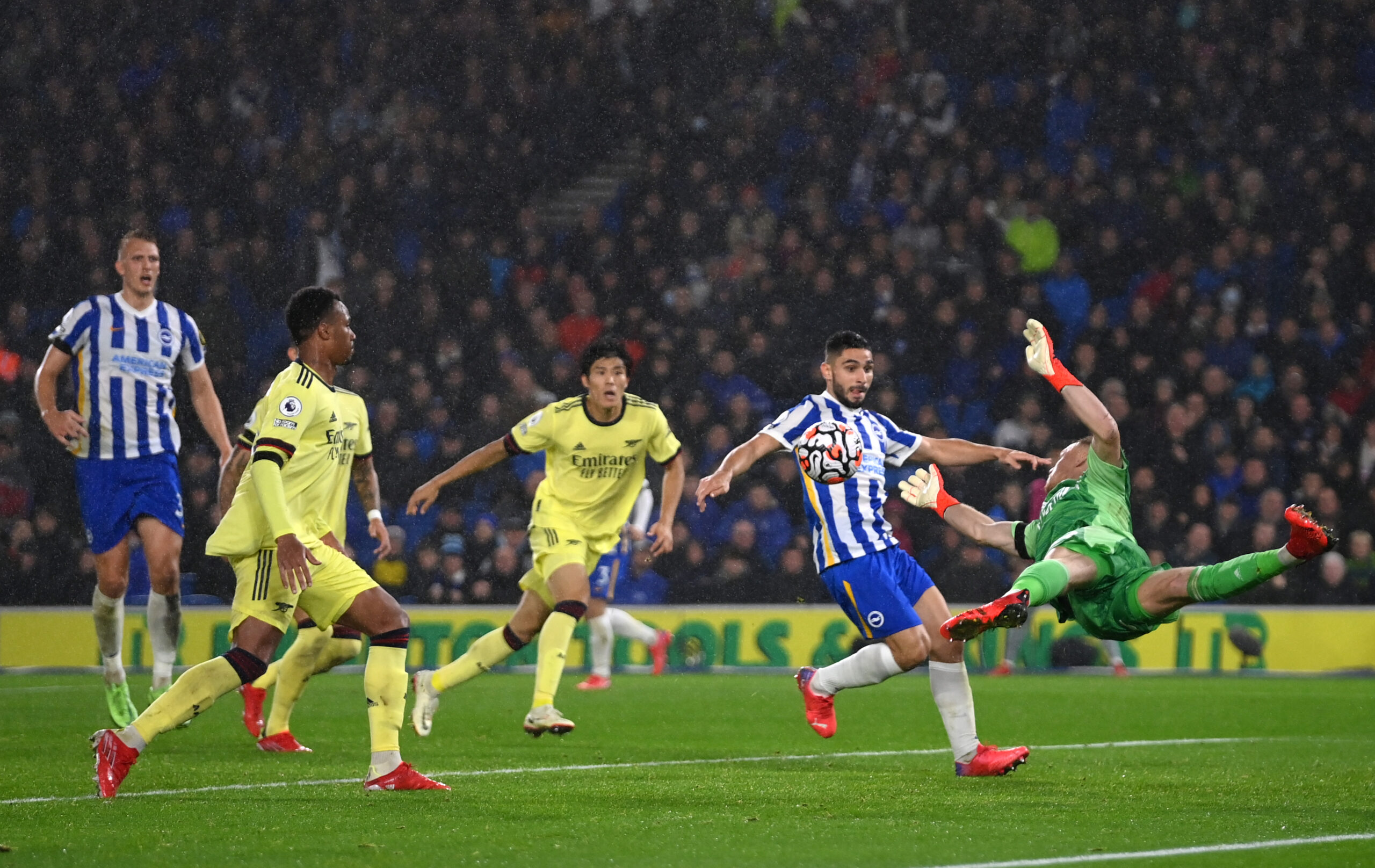 The Gunners went into the game after a convincing 3-1 win over Tottenham Hotspur, but they struggled to create many clear-cut chances against Graham Potter’s side.

Pierre-Emerick Aubameyang came close to scoring in the opening half but hit the woodwork. The Gunners could have opened the scoring in the backend of the encounter.

Emile Smith Rowe launched a superb counter-attack but hit his shot straight at goalkeeper Robert Sanchez. He could have squared the ball for Nicolas Pepe for a tap-in.

Three minutes from time, the Seagulls could have won the game, but Ramsdale came to the Gunners’ rescue with a diving interception coming off his line.

Solly March timed his header perfectly into the path of Neal Maupay. The Frenchman would have had a simple tap-in if not for Ramsdale’s brilliant awareness.

The Gunners were far from impressive from an attacking point of view. It was a completely opposite performance from the north London derby triumph last weekend.

However, they managed to avoid a late defeat on the road after a vital interception from Ramsdale. Some of the Gunners fans heaped praise on the 23-year-old.

There were plenty of question marks over Ramsdale’s ability when he was signed during the summer, initially as a back-up option to Bernd Leno.

A section of fans were unimpressed with the £24 million fee paid. Ramsdale has certainly proved many people wrong with his standout displays between the sticks.

Since being promoted as the league regular, he has largely been solid with his decision-making, keeping three clean sheets from his four appearances.

The Gunners started the campaign with three straight league defeats but have redeemed themselves with 10 points from the next four matches.

They would have preferred the perfect tally of 12, but the performances were much improved. They have a favourable schedule after the international break.