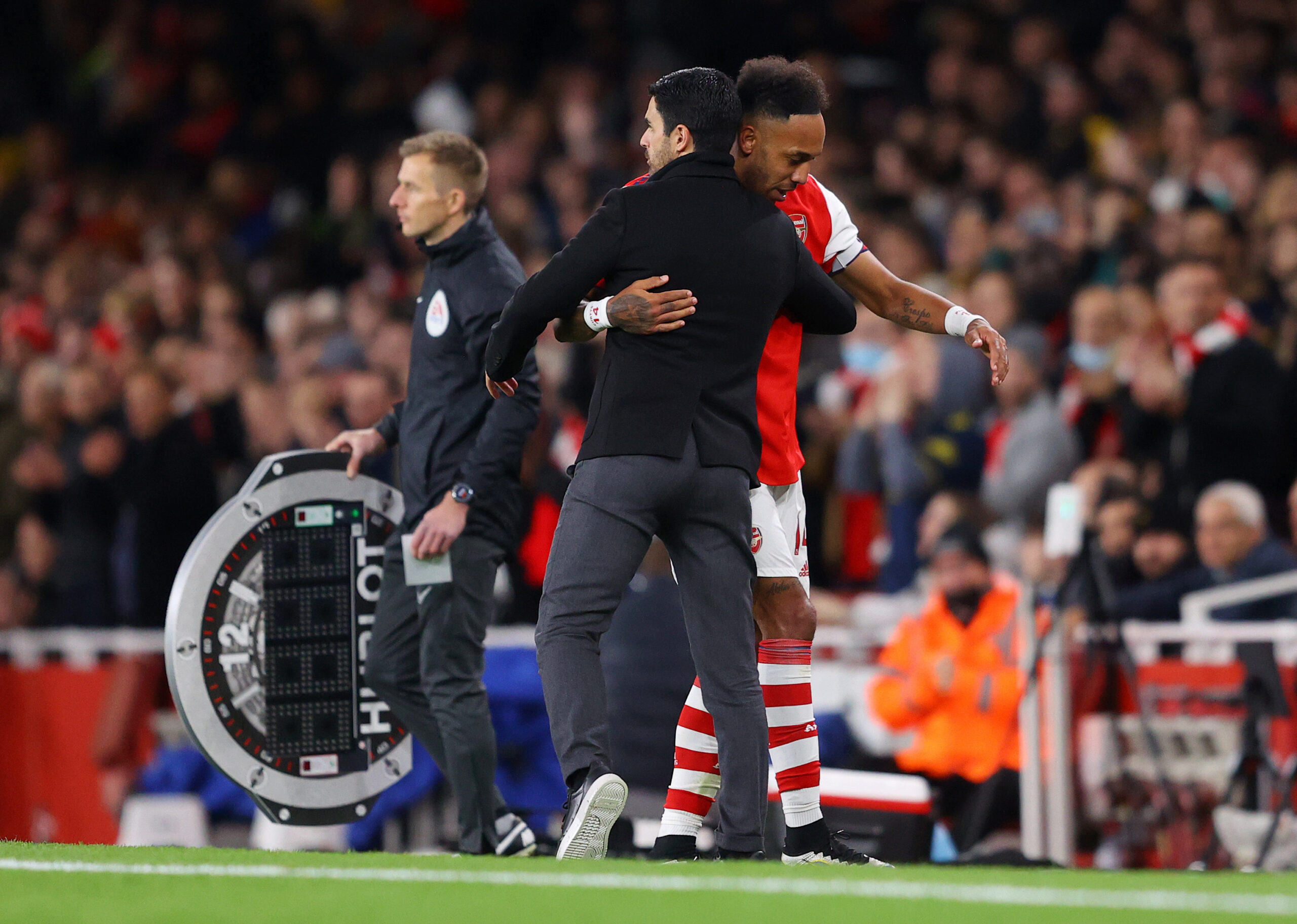 After experiencing an underwhelming 2020/21 season by his standards, the Gabon international has rediscovered his mojo this term, having already racked up seven goals in nine competitive appearances.

His latest scoring exploits came on Friday as Arsenal thrashed Villa 3-1 at the Etihad Stadium to extend their unbeaten Premier League run to six matches.

Aubameyang’s upturn in form has coincided with the Gunners’ renaissance that has thrown Arteta a lifeline in north London following a stuttering start to the season.

Excited about his captain’s electric performances, the Spaniard has waxed lyrical about the 32-year-old’s influence on his improving Arsenal side.

“I wouldn’t go to the goals – again it is what Auba is transmitting on the pitch. I have never seen Auba transmit what he is doing now,” Arteta said, as relayed by the Evening Standard.

“Apart from the goals, the celebration when they put the ball in the net, do you see the way he runs, the purpose he has to press the ball, and when he takes it his movement, his link, how is leading the game?

“That is when he is changing the rest, not when he is static and then he puts the ball in the net. I prefer this Auba.

“For me, it is a click. It is a combination that realising that his role has to go well beyond that.

“What was good, or very good, two or three years ago, with his role in this team, at this club, it is not enough. He had to take a step forward.”

Aubameyang has found the net in four of his last six Premier League appearances to rebound from what had been a disappointing spell with the club.

With the Gabonese forward hitting his stride, Arsenal’s hopes of returning in contention for a top-four finish in the Premier League have received a massive boost.

After losing their opening three top-flight games this term, the Londoners have won four of their last six league outings, drawing the other two.

Despite sitting tenth in the standings, the Gunners now trail fourth-placed West Ham United by just three points as they gear up for their upcoming high-profile visit to the King Power Stadium to meet Leicester City.

Arsenal have put together back-to-back eighth-place finishes across the last two Premier League campaigns, throwing Arteta’s future at the Emirates into doubt.

Keen to silence his critics and retain his job, the Spaniard knows he can ill-afford another lacklustre season, as the Gunners ‘gun’ for their first top-four finish since 2015/16.