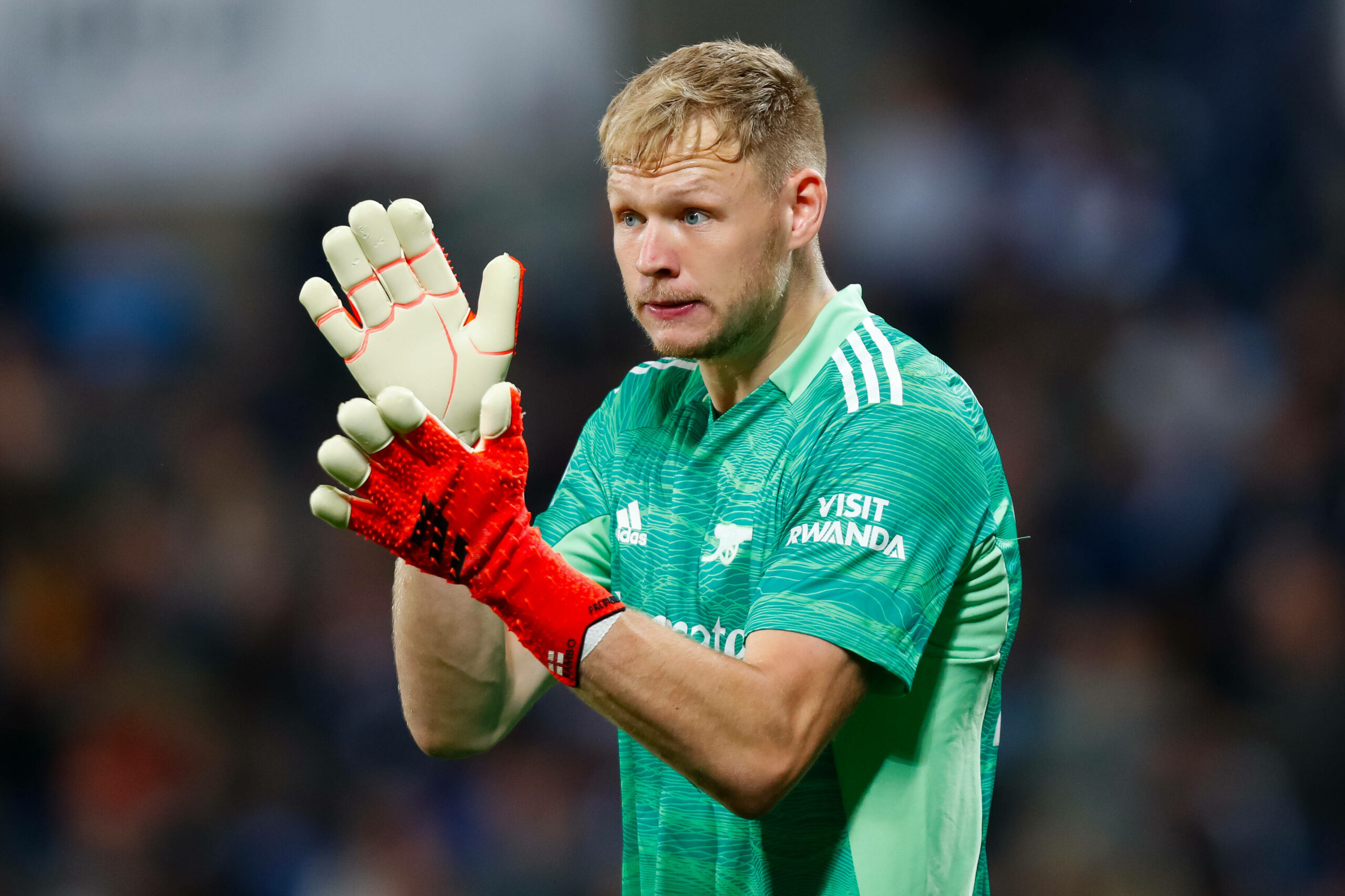 Arsenal’s summer signing Aaron Ramsdale has told his close friends that he could make his Premier League debut for the club when they face Norwich City, The Sun reports.

The Gunners have endured a dreadful start to the new league campaign, and they are presently rooted to the bottom of the standings with zero points on the board.

They have conceded nine goals without finding the back of the net. Ramsdale had a positive debut against West Bromwich Albion in the League Cup last month.

The 23-year-old feels he could get the nod over Leno after the German’s mixed start between the sticks this term.

Leno had a tough beginning to the season at Brentford, where he could have done better to avoid the goals conceded.

He made amends in the 2-0 defeat to Chelsea with key saves, including one from point-blank range to deny Romelu Lukaku. The Belgian was left stunned at how his powerful header was palmed onto the post.

In the 5-0 loss to Manchester City, Leno’s indecision to collect the ball partly contributed to Ilkay Gundogan’s opener. However, he was faultless thereafter and nstrumental in the club avoiding further humiliation.

Despite the Gunners’ horror show, Leno has come on top with vital saves early on in the campaign. It appears unlikely that manager Mikel Arteta will axe him as he has played behind an unsettled and vulnerable defence.

Arteta will have the chance to field his preferred backline after the international break. Leno’s performances could be judged over the coming weeks based on which Ramsdale’s position could be determined.